With Memorial Day Weekend signalling the unnoficial kickoff to the summer camping season, it’s safe to say that many more people are heading to campgrounds accross the country this year when compared to a year ago. In fact, prior to the holiday weekend, KOA released their reservation numbers for Memorial Day, which showed a 4% increase over the year prior. However, this increase wasn’t even the most encouraging sign for the industry; that came from a quick glance at the advanced camping reservations for the entire Summer season (Memorial Day-Labor Day). These reservation numbers showed an 8% increase when compared to the same time period from a year ago. KOA also reported a 14% increase for the 10-day period surrounding the 4th of July. 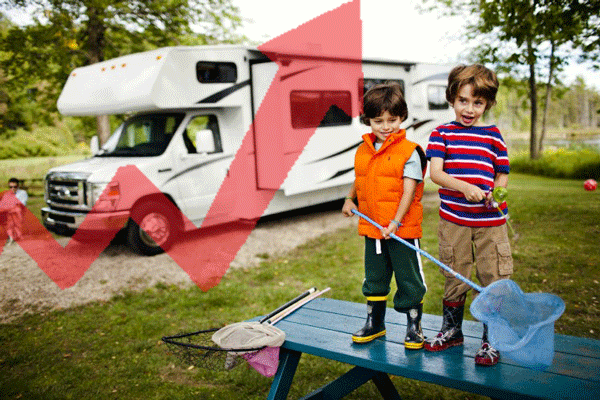 The story doesn’t end here. RV shipments have also been on the rise, as April saw a gain of over 19% when compared to April of 2012. The 32,054 RV’s that were shipped in April 2013, also provided nearly an 11% increase from the month of March. The reason for these increased shipments has been an increase in sales demand from RV dealers accross the country. This has been especially true at General RV, as the company has recently had some of it’s best sales numbers in it’s 51 year history.

It’s safe to say that the RVing and camping industry had a successful weekend this past Memorial Day. Fourteen million Americans spent at least a portion of the holiday in an RV, and nearly six million RV’s were on the roads. (I beleive it too, as I traveled back to Metro Detroit from Northern Michigan and nearly every other vehicle was a motorhome, or someone pulling a travel trailer or fifth wheel). With a weekend as successful as this past Memorial Day, gas prices on the decline, and 71% of RVers saying that they plan on taking more RV trips this year, it is safe to say the industry is headed in an upwardly direction.