It’s been said that mosquitos’ should be the state bird in the Midwest. Of course, that’s been said in every state, but the point is mosquitos’ are about as much fun on a camping trip as rain.

Likewise, who among us haven’t suffered the itchy effects of a good infection from poison ivy? There are few things that can ruin a good camping trip than getting caught in a patch of poison ivy — except maybe a swarm of mosquitos’.

Of course, everyone knows someone who claims to not attract mosquitos’, prompting the little bloodsuckers to concentrate their efforts on the lucky few who are a walking buffet. And there are even a handful of people out there immune to poison ivy. To all those people, I say this: Go away and leave me to suffer without your gloating.

There are two main mosquito repellents — deet and permethrin — tha 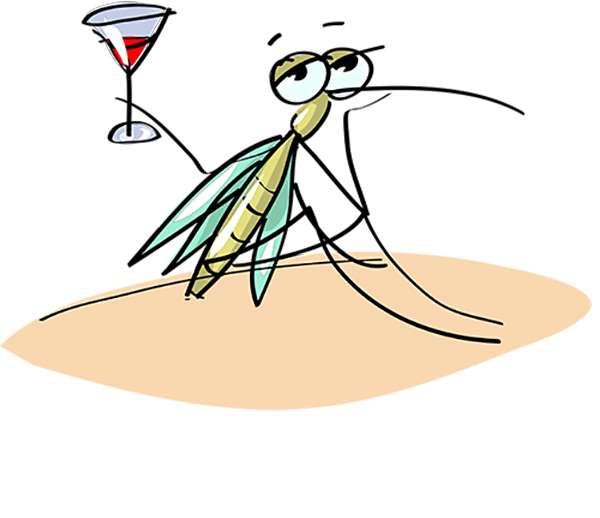 t are
recommended and are the only chemicals approved for use in the U.S. Department of Defense protection system.

Deet is the most common insect repellent worldwide and is available in many forms by many brands at many retailers. Permethrin is a contact insecticide applied to clothing, gear, mosquito nets and bedding and is not applied directly on the body (although it is harmless to human skin). Permethrin is available as an aerosol or pump spray to be applied to clothing, or pre-applied clothing is also sold at outfitters nationwide.

When used together, they provide nearly 100% protection from ticks, mosquitoes, chiggers, fleas and other harmful insects.

Another repellent, or so the Internet would have me believe, is to put a clump of sage in your campfire. We grew sage in our garden this year to test that claim. I’m still itching to try it out (get it?).

Of course, mosquitoes aren’t the only major pain in the neck (and anywhere else they decide to feast). Black flies, ticks, chiggers — even ants have been known to ruin a picnic or two. Some species of spiders are also a concern as well as other insects, but 99% of the time they will only bite when provoked.

Another category of harmful insects are the stinging variety, such as bees, wasps, hornets and yellow jackets.

When identifying poison ivy, we’ve all heard the phrase, “Leaves of three, let them be.” 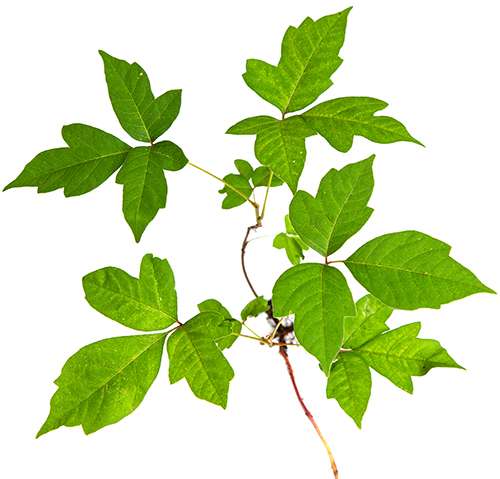 But there’s more to it than that.

Poison ivy is a very widespread and prolific plant, frequently appearing along the edge of roadways, paths and other disturbed areas and, according to the Michigan State University Extension Service, poison ivy can be a bit of a chameleon.

It looks similar to several common backyard plants including Virginia creeper and boxelder. The leaves of poison ivy may be shiny or dull and the leaf margins may be toothed or wavy, or have no teeth at all. The leaves may or may not be hairy. Its appearance can vary greatly, but in all cases it has compound leaves that consist of three leaflets. The leaflets are 2-5 inches long, green during the growing season and turning scarlet red in fall. The leaves are arranged in an alternate pattern on the stem. The terminal (end) leaflet has a longer stalk than the lateral (side) leaflets.

Poison ivy can take the form of an erect shrub or climbing vine or grow in large colonies along the ground.

In addition to poison ivy, poison sumac and nettles are also prevalent.

Like poison ivy, poison sumac has urushiol, a plant oil that can cause a severe skin rash.

More allergenic than poison ivy and poison oak is poison sumac, a deciduous woody shrub or small tree that grows 5–20 feet tall and has a sparse, open form, according to the University of Florida Extension Service. It inhabits swamps and other wet areas, pine woods, and shady hardwood forests.

Poison sumac leaves consist of 7–13 leaflets arranged in pairs with a single leaflet at the end of the midrib. Distinctive features include reddish stems and petioles. Leaflets are elongated, oval, and have smooth margins. They are 2–4 inches long, 1–2 inches wide, and have a smooth, velvety texture.

What’s ironic is the nettle is actually edible and used for many medicinal purposes. Thanks, but I’ll stick to my s’more.

What to do if you come into contact with a harmful plant:

See you next week when we talk about “How to Drive Your RV in Poor Weather Conditions.”